The Abomination of Desolation 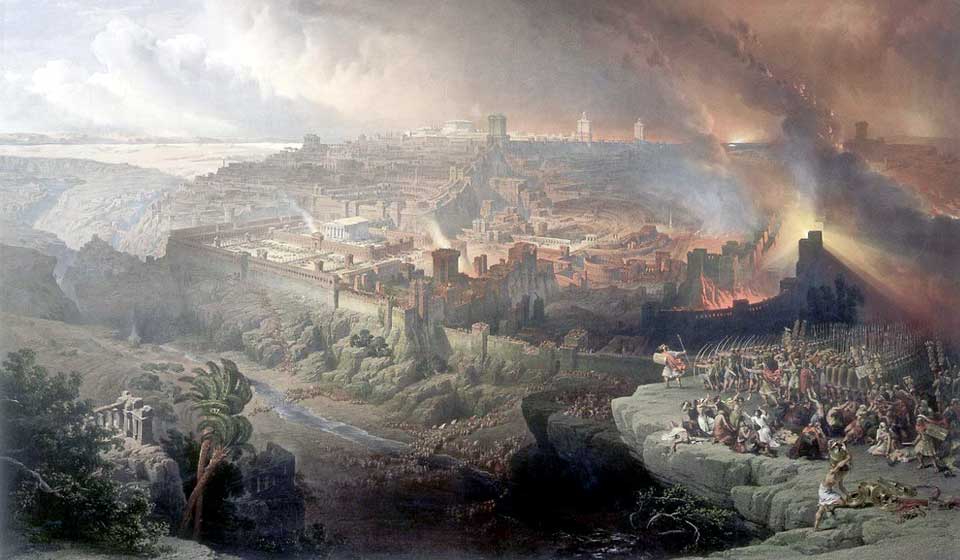 Much has been written about the signs of the end of the age as a lead up to the return of Christ. We desire to know the times in order to increase our faith, as we see events working themselves out according to scripture. As we see scripture being fulfilled we thank the Lord for fulfilling His promises and having all things under His control. However, many people may lose their faith when the predictions they have been told do not come to pass.

Matthew 24:15-22 says, “When ye therefore shall see the abomination of desolation, spoken of by Daniel the prophet, stand in the holy place, (whoso readeth, let him understand:) Then let them which be in Judaea flee into the mountains: Let him which is on the housetop not come down to take any thing out of his house: Neither let him which is in the field return back to take his clothes. And woe unto them that are with child, and to them that give suck in those days! But pray ye that your flight be not in the winter, neither on the sabbath day: For then shall be great tribulation, such as was not since the beginning of the world to this time, no, nor ever shall be. And except those days should be shortened, there should no flesh be saved: but for the elect’s sake those days shall be shortened.”

Mark 13:14-20 says, “But when ye shall see the abomination of desolation, spoken of by Daniel the prophet, standing where it ought not, (let him that readeth understand,) then let them that be in Judaea flee to the mountains: And let him that is on the housetop not go down into the house, neither enter therein, to take any thing out of his house: And let him that is in the field not turn back again for to take up his garment. But woe to them that are with child, and to them that give suck in those days! And pray ye that your flight be not in the winter. For in those days shall be affliction, such as was not from the beginning of the creation which God created unto this time, neither shall be. And except that the Lord had shortened those days, no flesh should be saved: but for the elect’s sake, whom he hath chosen, he hath shortened the days.”

Luke 21:20-24 says. “And when ye shall see Jerusalem compassed with armies, then know that the desolation thereof is nigh. Then let them which are in Judaea flee to the mountains; and let them which are in the midst of it depart out; and let not them that are in the countries enter thereinto. For these be the days of vengeance, that all things which are written may be fulfilled. But woe unto them that are with child, and to them that give suck, in those days! for there shall be great distress in the land, and wrath upon this people. And they shall fall by the edge of the sword, and shall be led away captive into all nations: and Jerusalem shall be trodden down of the Gentiles, until the times of the Gentiles be fulfilled.”

After comparing these three Gospel prophecies, I believe the abomination of desolation was simply an invading heathen army in the holy land. This happened in 70 A.D. when the Roman general Titus attacked Jerusalem. The holy place of prophecy was the land of Israel. The reason it was holy was that Jesus walked on that land and it was the birth place of the early church. Many years before that when Moses met the Lord in the burning bush the Lord said, “Draw not nigh hither: put off thy shoes from off thy feet for the place whereon thou standest is holy ground.” Exodus 3: 5. The reason the ground was holy was God was there.

After Jesus ascended into heaven the holiness came upon His followers at Pentecost. Jesus said the worship of God would no longer be in a place but in a people. He said to the Samaritan woman, “Woman, believe me, the hour cometh, when ye shall neither in this mountain, nor yet at Jerusalem, worship the Father. Ye worship ye know not what: we know what we worship: for salvation is of the Jews. But the hour cometh, and now is, when the true worshippers shall worship the Father in spirit and in truth: for the Father seeketh such to worship him. God is a Spirit: and they that worship him must worship him in spirit and in truth.” John 4:21-24. In 70 A.D. when Titus came against Jerusalem the Christians left the city. The holiness departed from the city and judgement fell upon it. The devastation was horrible.

I believe we should not be looking for a rebuilt Jewish temple or a man who will be the antichrist. I doubt that either one will happen. The antichrist is a spirit and has been on the earth since the time of the apostles. As Israel truth believers we know we have to go through a time of temptation known as Jacob’s trouble, but that God will be with us through it and will save us out of it. The kingdom is coming after that. We must remain faithful to the Lord through the coming time of trouble. Perhaps we are in the beginning of it already. I believe there will be a war in the Middle East which will be a judgment on many nations, but God will still be in control of everything. We must look toward Jesus Christ as the time of our redemption approaches.

Readers like Rob MacDormand’s articles because they express a great love of the Lord and are written in such a way as to be easily understood. Perhaps he gained a great insight from his mother who for years was a contributing writer to The Prophetic Expositor, the former magazine of British-Israel-World Federation. He writes a great deal about blessings and curses, how both have affected our Israel nations, and he emphasizes the great need to proclaim the Gospel of the Kingdom whenever the opportunity arises. He does so in his personal ministry. Rob is a graduate of the University of Alberta, was engaged in the oil industry for many years and now is involved in city planning. He is a third generation believer in the Israel message and has a great interest in what is going to happen spiritually to our brethren as the end of the age draws closer.

A Question of Health