The world is standing on the pinnacle of disaster!

Or is it? Perhaps not until next month, or six months from now or a year or more. Who knows? Yet, few of us living today can deny that we are living in a frightening time, when whatever peace and security we thought we enjoyed seems ready to collapse. One person likened it to boiling water, boiling up everywhere. At the height of our fears stands a very real potential for world war, as leaders in many nations seem ready to throw caution to the wind for their own perceived interests. Here we are, nearing the end of July as I pen this article, and what I say today may be totally obsolete next week, that’s how fast events are moving.

Earlier this month a passenger plane carrying 298 passengers and crew was downed by a missile over the Ukraine. Within hours the world press and most western leaders had pinpointed who they thought was the culprit. Russia! After the declaration there was the determination to examine the evidence to prove it. It didn’t really matter though, the die was cast. Russia, on the other hand, is suggesting it was shot down by America, a nation hoping to lure Russia into war. Another said the Ukraine was responsible, thinking that it was Russian premier Putin’s plane they were downing. Nevertheless, Ukraine, the country from which the missile was dispatched, is destined to be an early battleground. Perhaps the recent comment that Russia was not involved allayed fears but a day or so later missiles purported from Russian territory were landing on Ukrainian territory.

Already, people of the western nations who abhorred war after the debacles of Iraq and Afghanistan are warming to the idea of another conflict, as the voices of leaders and influential media are spinning their tales for the need of justice and ultimate peace. Memories are short. A decade ago western nations marched into Iraq, a trillion dollars was expended, thousands of our brave young men and women were killed and tens of thousands wounded. Yet, today, Iraq is almost back where it was, some claim it is much worse. But where we began after 911 and where we are today should remind us of God’s warning, “And your strength shall be spent in vain.” (Lev. 26:20) In other words, all the sacrifices led to nothing. Afghanistan is heading in the same direction. And, yet, here we are, poised again to possibly go to war, again ignoring God’s words, with leaders probably not even being knowledgeable about them, “ye shall have no power to stand before your enemies” or “I will break the pride of your power”. (Lev. 26:19,37)

Again, at the time of this writing, the modern Israeli State has moved into Gaza with great military power, with the aim of eliminating the “Hamas”, referred to as a terrorist group. Early projections seem to suggest they intend to finish the job this time, regardless of the collateral damage inflicted upon non-combatants, like women and children. But, could this also lead to a wider conflict. Zechariah 14, a definite end time prophecy, has this to report in verse 2, “For I will gather all nations against Jerusalem to battle …” You know, Hezbollah, ensconced to the north in Lebanon, or Syria, might see an opportunity if the modern Israeli State falters just a little in Gaza. And there are other surrounding countries that hate the Israeli just as much. And a preoccupied modern Israeli State will give Iran that much more time to develop their own nuclear arsenal. Then, there are the new dangers, that of ISIS, seemingly taking over Iraq, flare-ups in Libya and who knows where these will lead.

Maybe it won’t happen just this way but catastrophe is shaping up in the Mid-East that will surely ensnare the Americans and Russians on opposite sides. Never forget that it was Russia that spoiled America’s intention to intervene in Syria and I’m sure this must still be smarting to the American leadership.

Still, there must be another reason for America to be so fired up about Russia. There is no doubt our old nemesis is a belligerent nation and there probably is something to the notion that she dreams of restoring the old empire lost in the late 1980’s. Their loss was prophesied in Ezekiel 38:4 when God said of Gog (Russia), “And I will turn thee back”. But, then God added one further note, “[and I will] put hooks into thy jaws, and I will bring thee forth …” This can only mean that Russia is not going to be given a choice, God is going to bring them forth into battle. As Ezekiel goes on to explain, it will be disastrous but thankfully, at some point God will intervene to rescue us.

Yet, why the hooks? Could the American Vice-President calling for more sanctions be a hook? How about the potential Mid-East crisis? Or the American presence in Russia’s former possessions of Poland and the Balkan States? Or the possible outbreak of a war in the Ukraine? What about BRICS? Has this emerged as the real reason for the animosities because it relates to money and power?

But, what is BRICS? Wikipedia tells us it is an association of five major emerging national economies: Brazil, Russia, India, China, and South Africa. The BRICS members are all developing or newly industrialized countries, but they are distinguished by their large, fast-growing economies and significant influence on regional and global affairs. Indonesia and Turkey have been mentioned as candidates for full membership of the BRICS, while Argentina, Egypt, Iran, Nigeria and Syria have expressed interest as well. After years of railing against the Western-dominated global financial order, this powerful bloc has finally done something about it. They formally introduced their long-awaited $100 billion development bank, to be headquartered in Shanghai, and a currency reserve of the same size, institutions that aim to be both competitor and antithesis to the World Bank and International Monetary Fund. Quoting Vladimir Putin “The BRICS bank will be one of the major multilateral development finance institutions in this world,” Personally, I think Russia is the key member of the alliance.

What will this mean to America in particular? If the US Dollar ever ceases to be the reserve currency in international trade, it will exert tremendous pressure on its value and create massive problems for the leading nation of the western world. The question must be asked, “Will they risk a world war to combat it”.

Here’s a new wrinkle. It has been reported by U.S.A. Watchdog that Germany, the largest economy in Europe, is secretly planning on joining BRICS. What a blow this will be to the west. But could it explain the reference to “Gomer”, as being a part of the Gog invasion (Ezekiel 38:6). Many students believe so.

The coming weeks are sure to bring much anguish and we must keep our focus on events as they unfold. Will we western peoples simply be caught up in the ambition of national leaders seeking one-world status, regardless of cost, not realizing that they are really not calling the tune? That everything, including the great persecution of Christians and Christianity, is simply leading to the soon advent of the “Day of the Lord” prophesied by the prophets. What takes place the balance of this year might reveal whether this is so! 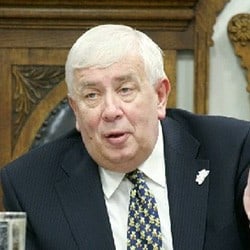 Whom Were the Epistles Addressed?

The Evidence Of Lost Israel In Early Annals

The Law of Witnesses

We Are His Witnesses