Current events have caused me to reflect on the activities of Elijah the Tishbite, who played such a role in Israel in the time of Ahab and Jezebel. After Elijah’s astounding victory over the prophets of Baal, Jezebel made a declaration of war. I Kings 19: 2, “Then, Jezebel sent a messenger to Elijah saying, So let the gods do the same to me and more also, if I make not thy life as one of them by to-morrow about this time.” Elijah fled for his life. Without relating the detail of his flight, let us note that he ended up lodged in a cave. We take up the story in verses 9 – 13, “And he came thither unto a cave and lodged there; and behold, the word of the Lord came to him, and He said unto him, What doest thou here, Elijah? And he said, I have been very jealous for the Lord God of Hosts; for the children of Israel have forsaken Thy covenant, thrown down Thine altars, and slain Thy prophets with the sword; and I, even I only, am left; and they seek my life to take it away. And He said, Go forth and stand upon the mount before the Lord. And behold, the Lord passed by, and a great strong wind rent the mountains and brake in pieces the rocks before the Lord; but the Lord was not in the wind; and after the wind an earthquake; but the Lord was not in the earthquake; and after the earthquake a fire; but the Lord was not in the fire; and after the fire a still small voice. And it was so, when Elijah heard it, that he wrapped his face in his mantle and went out and stood in the entering in of the cave. And behold, there came a voice unto him and said, What doest thou here, Elijah?”

I find it interesting that the Lord repeated the question He asked Elijah at the arrival at the cave.  “The word of the Lord came to him.” We do not know if it was an actual conversation with the Lord or just thoughts processing in Elijah’s mind. In any case, he fashioned an answer justifying His presence there in the cave. The Lord was not impressed because Elijah was putting more faith in Jezebel than in God. So God gave him a demonstration of His power, and re-started the conversation by asking the same question.  Now the story references wind, earthquake and fire as demonstrations of God’s power, reminding Elijah that God is more powerful than Jezebel and to listen for His word. 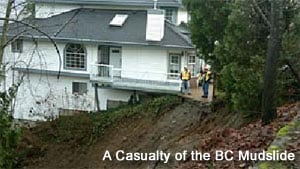 What has this to do with current events? Well, in our fair Canada we have had a series of unusual weather-related events that have caused destruction of property and heartbreak for families affected by the unusual circumstances. The first event I recall was a mudslide in British Columbia caused by excessive rain raising, a man-made lake to levels too high for the dam to hold with the resulting ruin caused by the mudslide. In the prairies, we have unprecedented rainfall, causing flooding that is destroying planted crops and preventing the planting of crops in the soaked, wet fields. Manitoba and Quebec were/are afflicted with serious forest fires causing evacuations of populations and requiring outside help to control the conflagrations. Ontario has suffered a series of serious thunder storms and at least two tornadoes in Leamington and Midland. Topping all that off, we experienced an earthquake centered in Quebec and felt in Ontario and New York State. Finally, on TV, I watched a shower of hail stones the size of golf balls. Earlier this year, Quebec suffered an unusual tragedy when a surfeit of rain transformed clay to liquid, which washed out from under houses destroying them completely.

Taking the Elijah story into consideration, it would seem that God is telling/showing us that He wants to speak; please, listen! But as you are well aware, we have pushed God aside and certainly would not hold Him responsible for weather events. (Although we love to refer to them as, “Acts of God”) Our attitude towards God and the weather dictates that we must “manage” the disaster and leave to God more important issues, like running the universe, apart from weather. Nevertheless, there are some quotes in Scripture where God claims responsibility. Job 26: 8, “He bindeth up the waters in His thick clouds; and the cloud is not rent under them.” Job 8: 10, “He hath compassed the waters with bounds, until the day and night come to an end.” Job 28: 23 – 27, “God understandeth the way thereof, and He knoweth the place thereof. For He looketh to the ends of the earth, and seeth under the whole heaven; To make the weight for the winds; and He weigheth the waters by measure. When He made a decree for the rain, and a way for the lightning for the thunder; then He did see it, and declare it; He prepared it and yea, searched it out.” Job 37: 6, “For He saith to the snow, Be thou on the earth; likewise to the small rain, and to the great rain of His strength.” A final quote from Job chapter 37: 9 – 13. “Out of the south cometh the whirlwind; and cold out of the north. By the breath of God, frost is given; and the breadth of waters is straightened.  Also by watering He wearieth the thick cloud; He scattereth His bright cloud; and it is turned round about by His counsels; that they may do whatsoever He commandeth them upon the face of the world in the earth.” If one believes in the Word of God, this evidence is so compelling that we admit that God is controlling the weather for His own purposes.

And then there is the man-made disaster in the Gulf of Mexico. Reading about the possible consequences is very depressing and may be a major calamity facing North America, Israel lands. It has been reported in the news media that the people of Louisiana are praying for divine intervention. We know that all things are possible with God. And we probably will require His healing of our lands. So praying is the right action to take but we are going about it in the wrong way! God has instructed us how to approach Him when we are confronted with this or any other disaster.

At the dedication of the temple by Solomon, part of his prayer is found in II Chronicles 6: 26, 27, “When the heaven is shut up, and there is no rain, because they have sinned against Thee; and if they pray towards this place, and confess Thy name and turn from their sin, when Thou dost afflict them: then hear Thou from heaven, and forgive the sin of Thy servants, and of Thy people Israel; when Thou hast taught them the good way, wherein they should walk;  and send rain upon Thy land, which Thou hast given unto the people for an inheritance.” So, God is looking for repentance and confession of sin.

Hear God’s response in verses 13 & 14, “If I shut up heaven that there be no rain, or if I command the locusts to devour the land, or if I send pestilence among My people; If My people which are called by My name, shall humble themselves, and pray, and seek My face, and turn from their wicked ways; then will I hear from heaven, and will forgive their sin, and will heal their land.”

God wants our ear! He wants to show us His loving kindness and mercy. He has shown us how we can reach Him effectively through confession of sin and repentance. If we give Him our ear, will He say, “What are you doing here?” 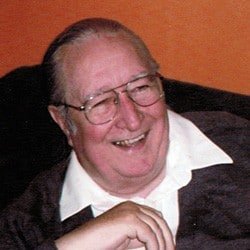 Jesus words, “For unto whomsoever much is given, of him shall be much required” can certainly apply to our senior correspondent, Don Robson. He has been showered with many blessings throughout life. He is a fine writer, his articles attest to this, yet music is his great passion and it has been expressed by playing hymns on the piano as a boy in Sunday school, at British Israel conferences and meetings, through compositions and a fifty year stint in the church choir. Business beckoned him after obtaining his Chartered Accountant designation and until his retirement in 1992, spent 37 years with IBM, progressing through many financial positions, including project manager. Success followed him everywhere, even in his family life to which he is devoted. It’s easy to see that God certainly mapped out Don’s future, even acquainting him with the Israel Truth when he was still a teenager. His articles speak for themselves. 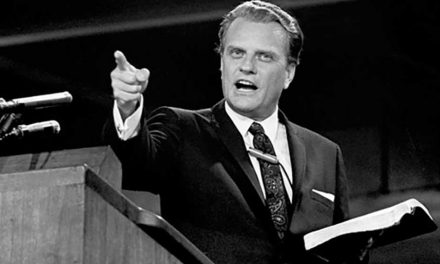 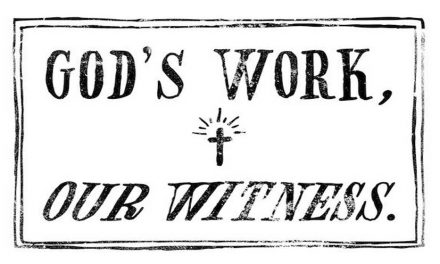