In the year 742 B. C., Rezin, King of Syria, and Pekah, King of the Ten Tribed House of Israel, conspired together to make war against Judah and Jerusalem. The conspirator Kings proposed to set up a Government in Jerusalem favourable to them, a procedure which is quite common in Europe, and Asia, today. God was against it and the enterprise failed. The conspirators disagreed. God never changes, as we shall see. But the disagreement of wicked rulers reminds us that at the commencement of the world war of 1939, Russia was in agreement with Germany, a treaty to stand by and not attack Germany, while Germany attacked others. But Hitler turned on his treaty partner and attacked Russia, and Britain was saved. So Jerusalem was saved on the historic occasion just mentioned by the disagreement of wicked Kings. The historic incident is mentioned partly for its modern application. From the prophetic record it was much more important. Ahaz was King over Judah at Jerusalem at that time. He and his nobles trembled like trees in the wind, because of the strength of his adversaries. And God invited King Ahaz to ask of Him a sign for deliverance. The King refused to ask a sign saying that he would not tempt God. But God nevertheless gave Ahaz this sign, so strangely different from anything that might have been expected, “Behold a virgin shall conceive and bear a son, and shall call his name Immanuel,” That is “God with us”.

The birth of Jesus was still 742 years away. How could this be a sign of victory for King Ahaz. Yet the name “Emmanuel” “God with us”, was a prophecy for that day and for all time, so far as the peoples were concerned, and the prophecy came true both for the immediate deliverance of Jerusalem and later for the birth of Emmanuel the Redeemer of the nation and Saviour of His people.

The sign of the birth of Jesus, which God gave to Isaiah for King Ahaz, was also a confirmation of the covenant given to King David, that his throne: “The Throne of the Lord” should never cease, and that “there never should lack a man of the House of David to rule over the House of Israel”. Here then in 742 B. C. was a crisis in the history of that Royal House which threatened its very existence. Rezin, King of Syria, and Pekah, King of Ephraim, in their conspiracy or treaty for war on Jerusalem had agreed to vex Judah, i.e., to provoke war against Jerusalem, and to “set a King in the midst of it, even the son of Tabeal”. (Isaiah 7:6). But the son of Tabeal was not of the House of David. Therefore the sign of the birth of Jesus, Great David’s greater Son, 742 years later, was a clear sign that God had not forgotten His covenants but would preserve the Kingly house, save the people, and redeem the nation. Does it mean anything to you today, that by the Statute of Westminster, the sign of the continuance of this Royal House has been made permanent in the British Commonwealth of Nations. The entire Commonwealth and most of the world riejoiced at the marriage of Princess Elizabeth and Philip Mountbatten, Duke of Edinburgh, both of this Royal House, and the succession of this Throne of David has been settled upon Elizabeth and her heirs. God’s promises are true.

Moreover, concerning the sign of the Christ, the vision of Isaiah foresaw great conflict between the enemies of Christ, the presumptuous Kings and peoples who would presume to overthrow God’s Kingdom and people, especially those who would presume to take the Promised Land and set up their Governments contrary to God’s covenant. While I read to you these significant truths, think of the plans now pending to seize Jerusalem and the Holy Land by force, and to set up a government there by human organization that has never yet sought the Divine guidance or prayed to the God of the Covenant. Isaiah says: “Every battle of the warrior is with confused noise, and garments rolled in blood, but this shall be with burning and fuel of ire, for unto us a son is given and the government shall be upon His shoulder; and His name shall be called Wonderful, Counsellor, The Mighty God, the Everlasting Father, the Prince of Peace.”

Can you associate these two conflicting ideas, the conflict of war and the government of the Virgin’s Son today? If you cannot do that you cannot understand history. From the time of Jesus’ birth, those people who have accepted Christ have borne the standard of the Cross in the promotion and defence of liberty, peace and truth. And always would be World Conquerors, who would usurp the Christ have found these people standing in their path. It was so with Philip of Spain, with Napoleon of Corsica, with Wilhelm of Germany, and with Hitler and the Nazi hosts of Europe, with Mussolini and with Japan. We still stand in the breach.

And Isaiah says: “Of the increase of His (i.e. of Christ’s) government and peace there shall be no end, upon the Throne of David, to order it, and to establish it, with judgment and with justice, from henceforth (i.e. from the birth of Jesus) even forever. The zeal of the Lord of Hosts will perform this.” (Isaiah 9:6 7).

No wonder that when Jesus was born in Bethlehem of Judea, the Angel said: “Fear not, for behold I bring you good tidings of great joy which shall be to all people. For unto you this day is born in the City of David, a Saviour which is Christ the Lord. And suddenly there was with the Angel a multitude of the Heavenly host praising God and saying, Glory to God in the Highest, and on earth peace, to men of good will.”

Now let us resolve at this time to participate, even with all our strength and life, in the task which was set before Jesus to overcome all evil in the world. The zeal of the Lord of Hosts is hastening the victory of the Cross. The increase of the government of the lowly Nazarene is hastening apace. Fear not. Violent men cannot set up world government in the Holy Land though they be backed by all the gold in the world and by the strength of all the enemies of Christ. Who blocked the peace in the Big Four Conference this month? And why? Is it blocked until the combination of nations opposed to the Christ and His rule presume to be strong enough to overcome His people? What a puny thought is that compared with the power of the “zeal of the Lord of Hosts” 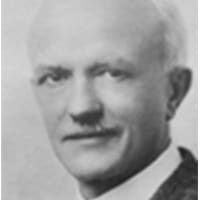 The Law of Life in Economics

If Ye Be Christ’s

The Blood of Christ