Probably every Christian is familiar with Jesus’ instruction to His disciples which we call the Great Commission, “Go ye into all the world and preach the gospel to every creature.” For what purpose? Because “He that believeth and is baptized shall be saved, but he that believeth not shall be damned.” Mark 16:17.

So the clear purpose was the salvation of men’s souls. This was not a suggestion, but a command from a “Superior Officer” and as in the Army, was not to be taken lightly nor disobeyed! The motivating drive to fulfill this command led to the spreading of the Christian church far beyond the boundaries of Palestine and the surrounding area.

The enormous effort and even the danger of losing their lives showed how great was the devotion of those dearly beloved messengers. The same evil and jealous spirit pursued them as they went forth, and Jesus warned them that when they were hated by the world to remember that they hated Him first. John 15:18. Dr. Luke reports Jesus’ reassurance to them (6:22) “Blessed are ye when men shall hate you…for the Son of man’s sake. Rejoice in that day…”

Can we identify those who hate Christians and Christianity today? Yes, but it is no pleasure to know who our enemies are, is it? We can be wary and try to avoid “the slings and arrows of outrageous fortune” [persons] – apologies to Shakespeare! Jesus also told the disciples that He would be with them always, “even unto the end of the age” – so comforting regardless of when that end should occur. We too must be comforted and trusting as our own lives become difficult and dangerous.

Recall that Paul said that “the law was a schoolmaster to lead us to Christ!” So that great teacher, apprehended by Jesus Himself on the road to Damascus, taught us that the ultimate goal is our Lord and Saviour, Jesus Christ! The wonderful, detailed fulfillment of the laws of sacrifice were so evident that we must conclude that the learned Pharisees were blind and deaf. Firstly, He was the Lamb of God, a Lamb of the third year. Jesus had caught and taught His “fishers of men” for three years and when He quoted Isaiah 61:2 in the synagogue, Luke 20:22, the significance of His stopping at the words “…the acceptable year of the Lord” and closing the book, was recognized by the Pharisees and scribes as a claim that the MAN Jesus was the promised Messiah. That was the final straw in their resolve to kill Him! Secondly, the shedding of blood was essential as the priestly rites demanded that it be sprinkled on the Altar. How could God have shed blood if He is Spirit? Jesus told the frightened disciples after His Resurrection that He was no ghost, as He had flesh and bone – no blood – a prefiguration of our resurrected bodies. The LIFE is in the blood. Thirdly, He had given them a sign of His entombment as a parallel to Jonah’s sojourn in the “belly of the whale,” another prefiguration or foreshadowing of His role as Redeemer of Israel.

He also had to be a Kinsman of the kingly line of Judah in order to redeem them from their slavery to the Esau-Edomite Kings and Roman domination. Leviticus 25:47-50. The price had to be paid according to “the acceptable” or equivalent amount of time paid to a hired servant! What an astounding group of prophecies or requirements to be met!

If Jesus so faithfully and admirably filled His predestined part as our Saviour and Redeemer, surely we can be faithful tithers (paying a price) and missionaries either in person or as a sender (also paying a price for a substitute) as we count all our comforts and blessings. If the sons of Abraham were to be a blessing to ALL the families (not same-sex unions with no offspring) of the earth, then we must do our duty, our share and our utmost to obey Jude 23 “And others save with fear pulling them out of the fire, hating even the garments spotted by the flesh.” Jude and James were Jesus’ half-brothers by Mary and Joseph, but called themselves servants of their beloved brother who transformed their lives as well as the millions to follow. Consider what it would be like to earn God’s commendation “Well done, thou good and faithful servant.” No wonder the saints went to the ends of the earth to please Him and introduce His precious Son to all who will COME.

Just think of that heavenly reunion as we are caught up from that force of gravity which keeps us earthbound! Have you heard the sweet song “Thank you for giving to the Lord”? It voices the same principle of happy union with our fellow Christians, and the reward of having aided in the Holy Mission upon which we have embarked.

I can hardly wait! Maranatha, come quickly, Lord Jesus, before we ruin this beautiful planet you made for us! The New Jerusalem will far surpass the old Jerusalem and it will truly be a haven of peace and safety at last! 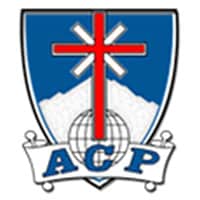 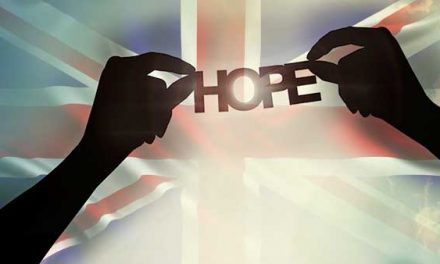 Prepare To Meet Thy God